After five days in Abu Dhabi I have so much to tell you and so many more photos to show you! As you know, we were guests of the amazing St. Regis Saadiyat Island Resort, Abu Dhabi to try their new Family Traditions at St. Regis Program. If you haven’t read my first Abu Dhabi post, click here. Today I’m going to tell you about the city of Abu Dhabi and the amazing trips we made. You’ll find out more about the magnificent Great Mosque, the Heritage Village, the shopping and… a Falcon Hospital!

I had never been to a city which is younger than me. Abu Dhabi has just 25 years, can you belive it? It was once all desert, surviving on the trade of dates, camels breeding and fishing until, in the late 50s, the first oil drillings were found. We all know what happened next, and now Abu Dhabi is one of Emirates’ most lively cities, with a population of 2.5 millions people of which 1.5 millions foreigners.

The whole Emirates area is an amazing work-in-progress and some cities are examples of technological avant-garde. Let’s think about Masdar City, the first city running just on solar energy – even the cars are solar powered! The project started in 2006 and will be completed in 2016, in the meantime it is possible to visit the city (we didn’t but I’m sure it’s worth).

Since it is such a young city there’s nothing truly authentic in Abu Dhabi. Even the ‘souks’ are hosted in big shopping malls… It’s a destination for shopping just if you’re looking for high street brands. We payed a visit to the main malls anyway, the Marina Mall and the World Trade Centre Mall.

We came back to the resort in time for my girl to enjoy some time at the Sandcastle Club, the children’s club in St.Regis Saadiyat Island Resort. The supernice nannies where so smiley and cheerful that Viola wanted to stay longer than expected… well, maybe it was also because the kids pool was beyond amazing. Meanwhile I took the chance to have a massage at the resort’s Iridium SPA. After one hour of relaxing massage I felt reborn. The following day we set off early for an Abu Dhabi City Tour. This city may be young but we truly wanted to explore it and know more about it! Our first stop was the amazing Grand Mosque, one of the biggest Mosques in the whole world. A unique religious place inspired by Taj Mahal with a stunning architecture: 80 domes, 1.000 pillars and a huge main space able to host up to 40.000 people. Inside, beautiful jeweled chandeliers and an incredible decorated carpet left us breathless. Of course, since it is a Mosque, a proper outfit is required: women can’t weat short sleeves or trousers. The good news is that a black long dress, white for men and black for women (sorry, I can’t remember the arabic name!), is provided for all tourists visiting the Mosque.

If you visit Abu Dhabi this is an unmissable destination.

We also payed a visit at the Emirates Palace, a luxurious hotel in pure arabic style right in the centre of the city. It is the best way to catch a glimpse of that certain kind of wealth that the Emirates has started to create and attract.

Then we went to the Heritage Village, a small area near the Marina where an authentic bedouin village is reconstructed.

From the beach of the Heritage Village you can have the most amazing view of Abu Dhabi skyline.

Last trip of the day, the Falcon Hospital. Yes, a hospital just for falcons where the ‘patients’ were lining up in the waiting room just like every clinic patient. Hunt with falcons is really popular in the Emirates, and this is the biggest falcon health centre in the whole world. Quite impressive 🙂

Falcons are brought by the owners to make a check up before the beginning of the hunting season, in winter time. Falcons are anesthetized before the doctor proceeds to a complete check of his state of health and… a proper manicure 🙂

During the visit I found out the most surprising facts about falcons. For example, did you know they are allowed to fly on an airplane without a cage? The owner must buy a ticket for them though, because they occupy a seat! The females are bigger and faster, so they’re mostly used for hunting. A falcon can fly at a speed of 350km/h, which makes him one of the fastest animal on earth.
As we came back to St.Regis Saadiyat Island, the sunset was showing off. It was amazing: so romantic and intense. A real moment of bliss.

This trip to Abu Dhabi has surprised me in many ways, all positive. At first I didn’t believe it could be a family holiday destination but now I would recommend it especially on autumn time, when the weather is still nice but the temperatures are not as hot as in the summer. I had the best time also because the St.Regis staff was so helpful and kind, providing us everything we needed and pampering us in any possible way. I honestly have to say this was a 100% relaxing holiday. When you have kids you don’t happen to say this words a lot! So thanks,St.Regis for the magical experience of the Family Traditions at St. Regis Program. It is amazing when your kid is not just your +1 but is treated as a proper and important guest, with special attentions and treats especially for him. When you know and see your kid is happy, you cannot but be happier!
Remember that you could win such an amazing holiday too! St. Regis has launched a contest on Instagram: post the picture of your family tradition and tag it with #stregisfamily. You could be the next to enjoy such an amazing trip! Follow St. Regis on Instagram. See their Facebook page and the contest page for more info!
abu dhabi • emirates • photos 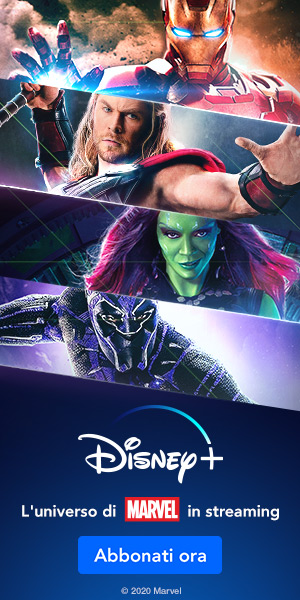