The blanket was somewhere in the bed where it was not supposed to be: not covering my feet.

I hate sleeping with cold feet, and it’s a thing that wakes me up. Like wind, rain, creepy noises, my daughter’s moans and bad dreams. This is what an insomniac sleep night sounds like: countless chances to wake up. And once you open that one eye – finished! You are awake.

I still had not opened my eyes but I could tell it was dark. Light is something you feel on your eyelids, in the air. Dammit, it was so early. Before 6 am, and I was awake. There were a few options to choose from. Like.. go for a run (me?), work (me?), go out for an indulgent breakfast (me.) or… well, I suddenly thought about the park. Going to watch dawn at the park seemed a crazy, unusual, still obvious choice.

And there I was, walking into the silent city, into sleeping streets and sneezing houses. Me, with some jeans, still a pj top under the jacket and my camera. 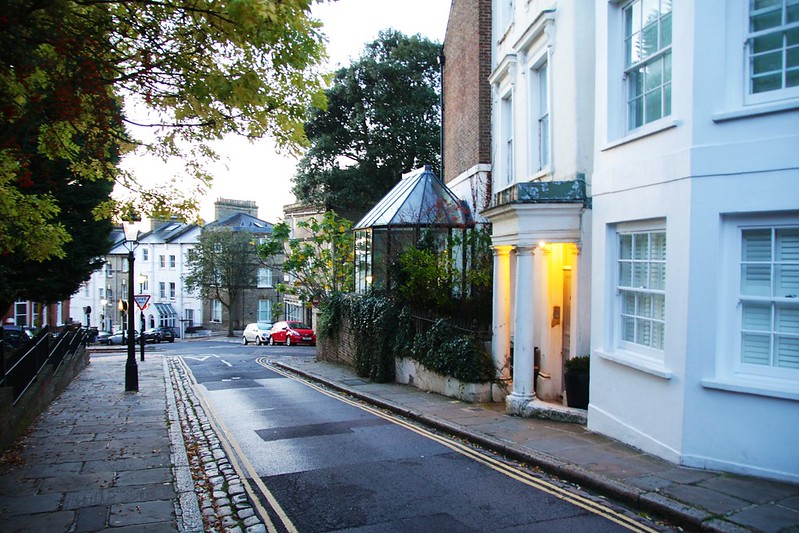 London was so still. Even the birds weren’t singing yet.

I entered the park. Oh, how wild did it look. 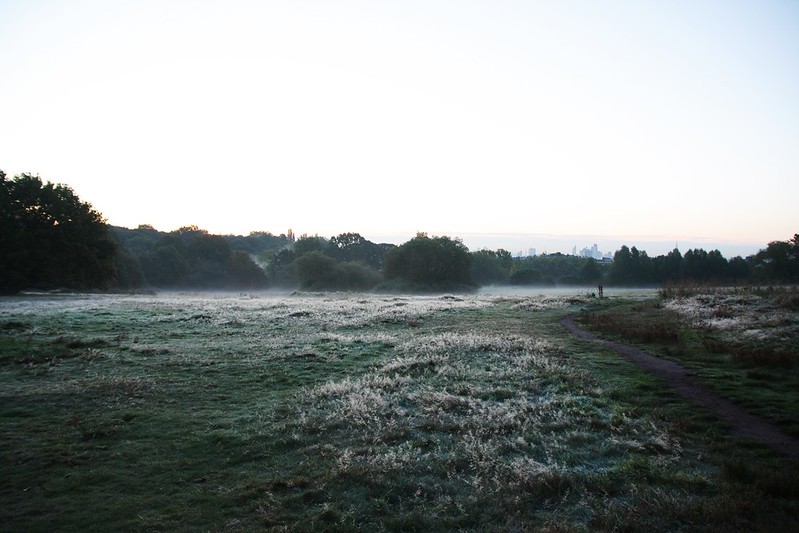 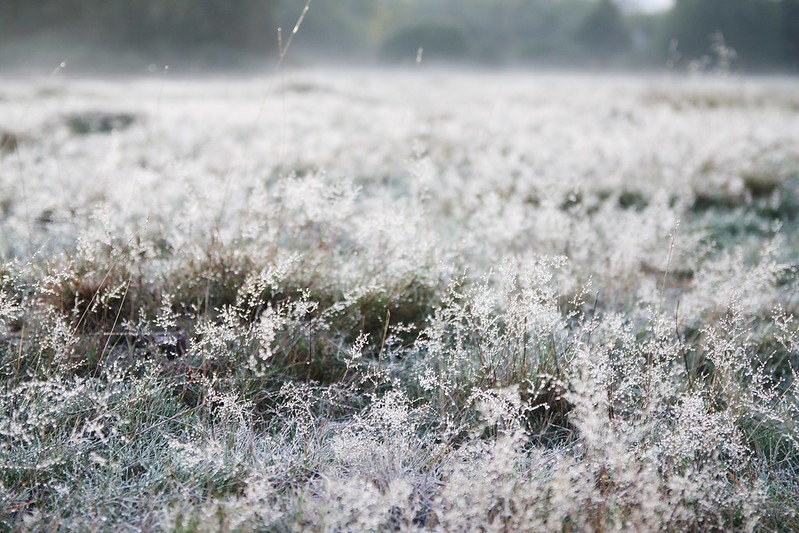 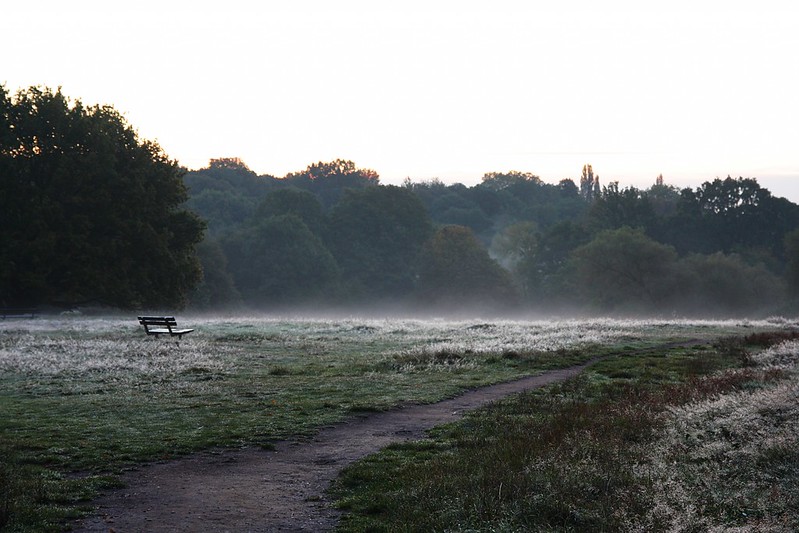 A foggy was floating between the ground and the air. The grass was still frozen, I could hear it crackling under my trainers. Ghosts waiting to come back in the woods. A smell of night and flowers. 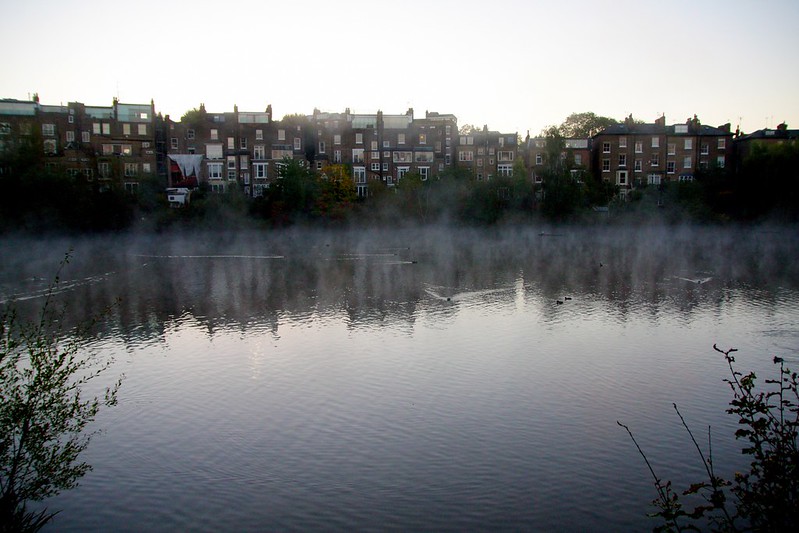 The swans were waking up too. In line, they took their ducklings for the first swim in the pond.

I wanted to climb the hill and catch the first rays of dawn but everything was slowly awaking around me, it was so hard not to stop at every corner. Every smell. Every sing. Every ray of light. 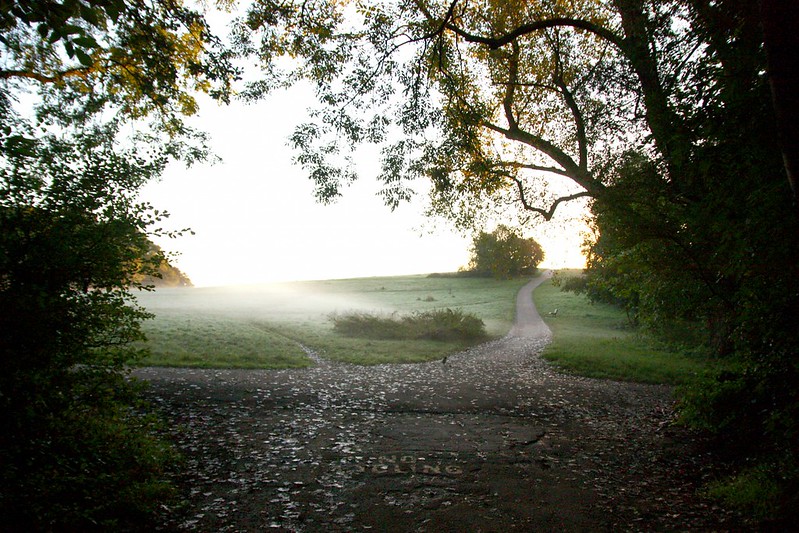 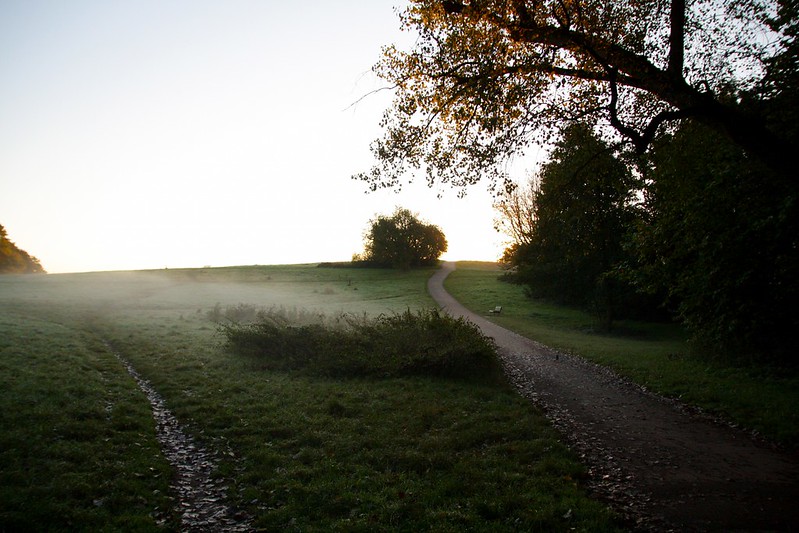 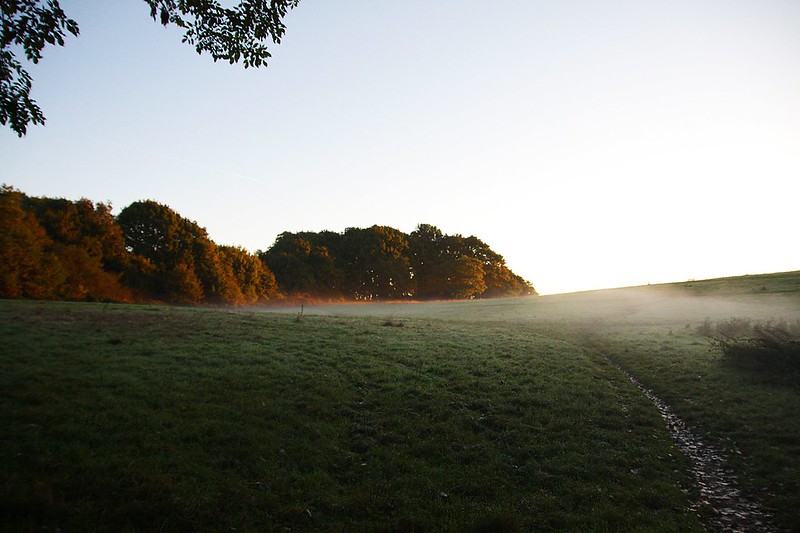 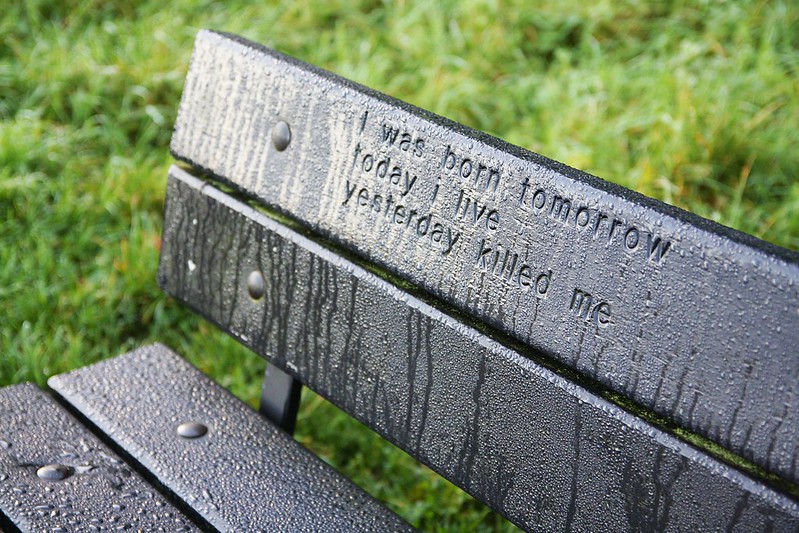 The light all around. The amazing skyline of London, lazily waking up on a crisp weekend day. 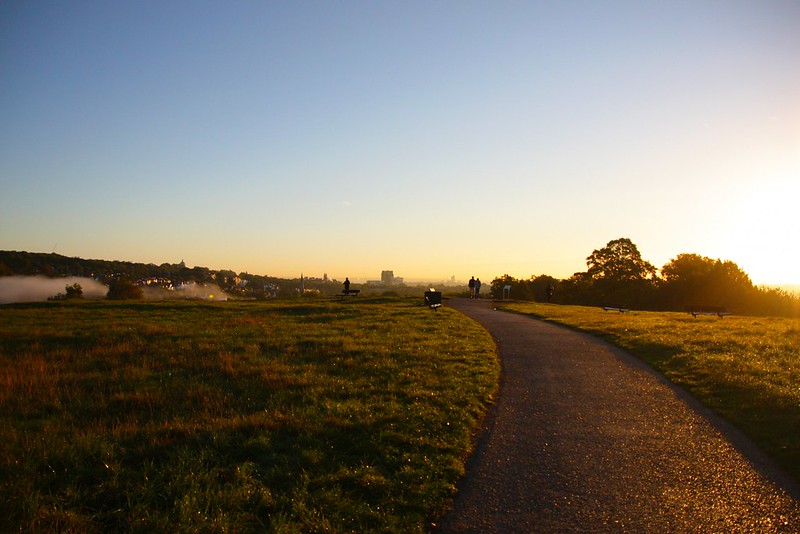 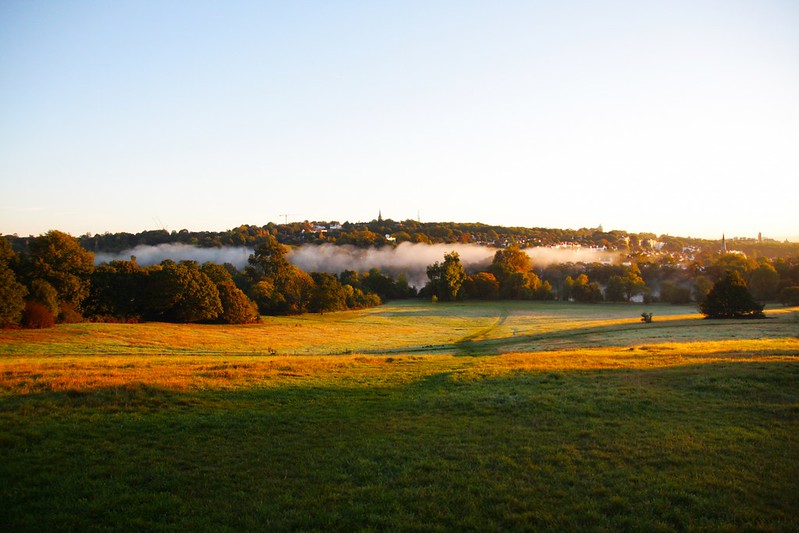 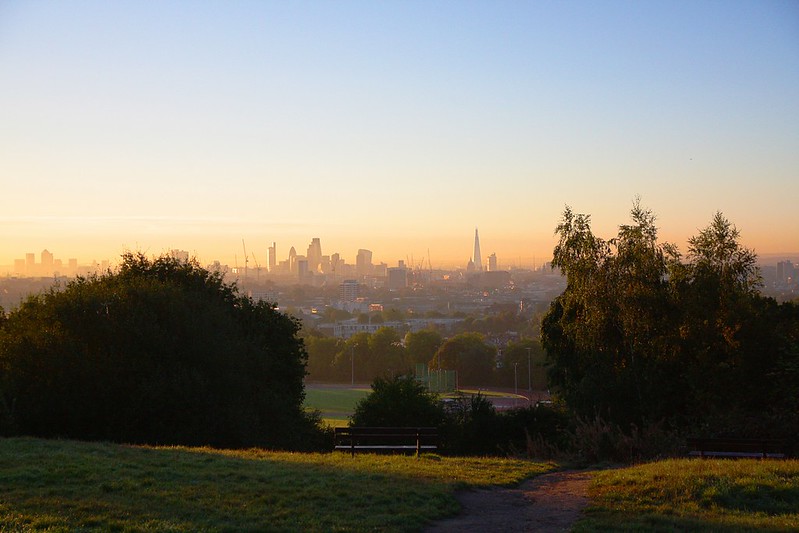 The first joggers appear. It’s 7.15 and the city is coming alive.

The sun turns shadow into light, grey into colours, creepy into beautiful. 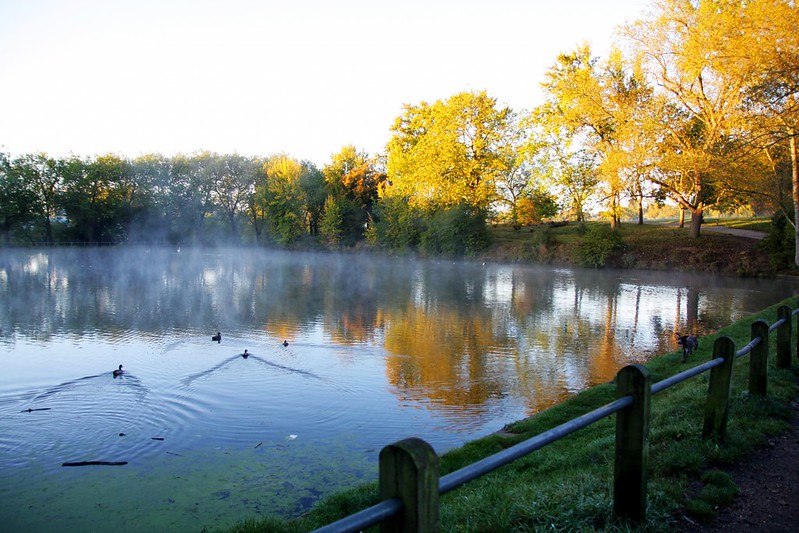 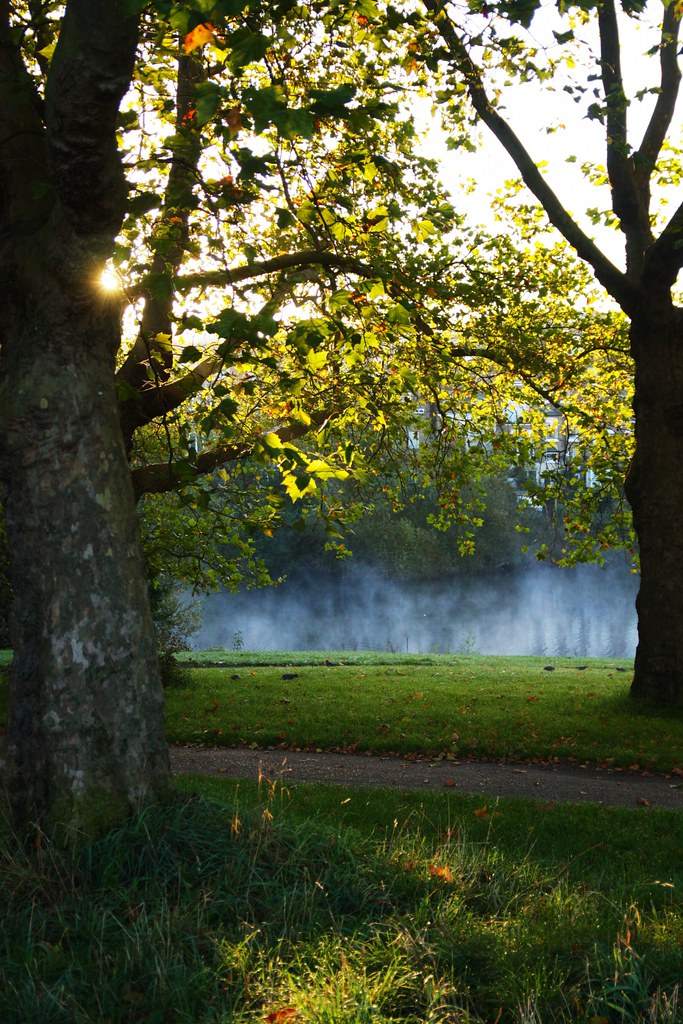 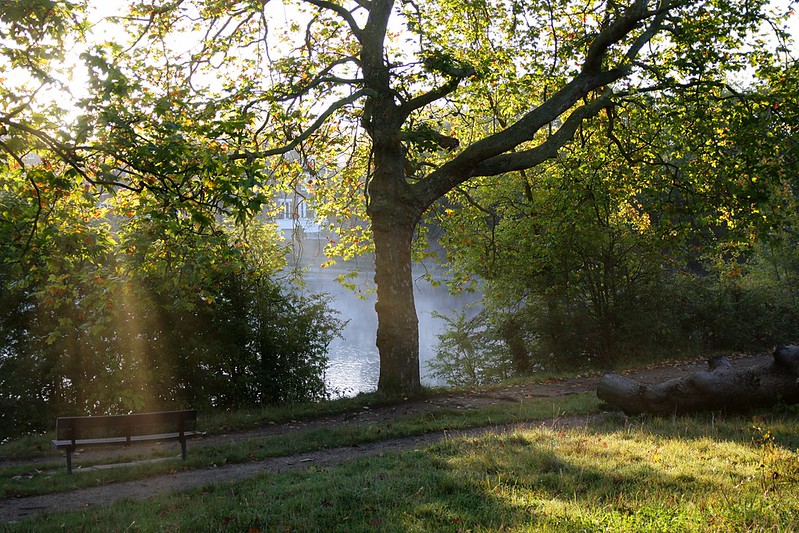 People say ‘goodmorning’. It’s kind of strange: everyone seems more friendly. We are the only inhabitants of this early morning, we have something in common. 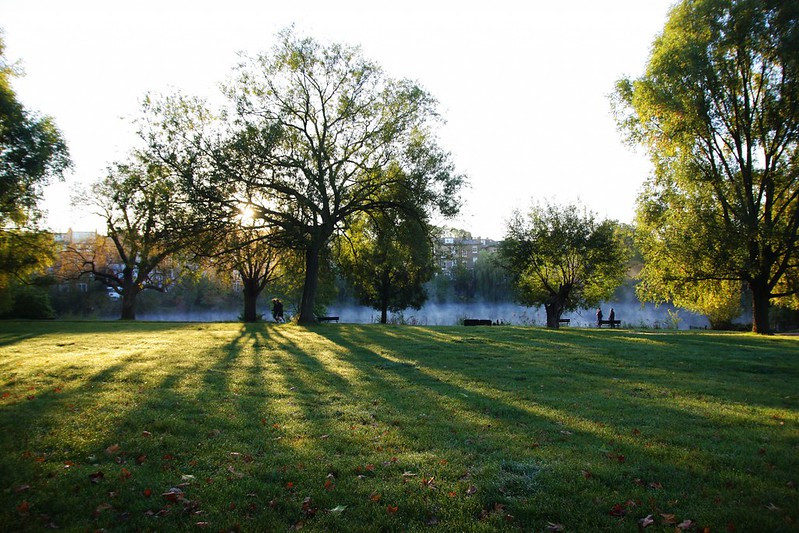 Now I deserve my breakfast.

Hot soya cappuccino, fresh danish pastry. This shop smells so good and there are a couple of doggies waiting outside. Their owner smile and sip a cup of tea inside. Oh, there’s a snail too. This morning I woke up earlier than it did. I come back home.